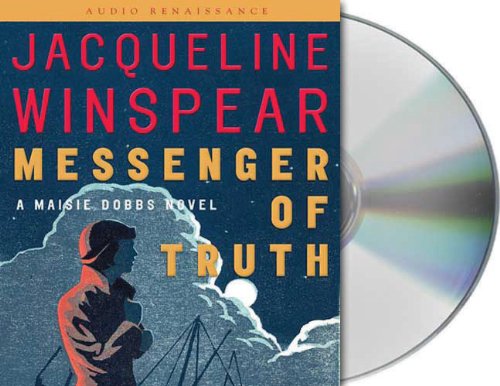 Broadway and television veteran Cassidy continues the subtle, sharp vocal performance that earned her awards for the audio version of Winspear's last Maisie Dobbs mystery, . There's a lovely, old-fashioned lilt to Cassidy's reading, reminding listeners of the period (it's now 1931 in an England haunted at every level by the war that officially ended 14 years before). There's still a class battle going on, one that Maisie has straddled because of her unique background: a child of London's working class, put into service at 14, then rescued by a patroness who recognized her intelligence and sent her to study at Girton, Cambridge University's pioneering college for women. So Maisie can treat her working-class East London assistant with the same ease and understanding as she handles her current client—a woman from a wealthy, eccentric family whose twin brother, an important artist, was killed in a supposed accident. The bonus interview at the end with Winspear makes listeners realize how similar a mindset Maisie and the author possess. Cassidy and Dobbs are a match made in audio heaven.