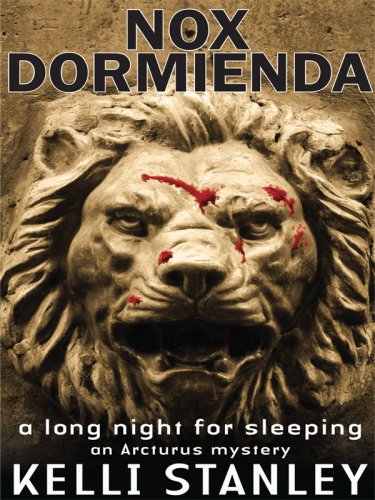 Nox Dormienda (A Long Night for Sleeping): An Arcturus Mystery

Despite endorsements from Gayle Lynds, James Rollins and Ken Bruen, Stanley's debut offers little new that fans of ancient historicals—in particular, the detective series set in Roman Britain of Rosemary Rowe and Ruth Downie—haven't seen before. Julius Alpinus Classicanus Favonianus (aka Arcturus), a doctor whose mixed ancestry gives him insight into both the Romans and the Britons, serves Britannia's governor, Agricola, in first-century London. When a Syrian, Vibius Maecenas, is found with a slit throat in a temple, Arcturus is under intense pressure to solve the case. Maecenas was a messenger from Roman emperor Domitian bearing news threatening Agricola's position. In the end, Arcturus relies on a trick rather than any detecting skills to expose the killer. Readers should be prepared for a routine plot and prose (“They loved one another. Somewhat unusual. Love always is”).