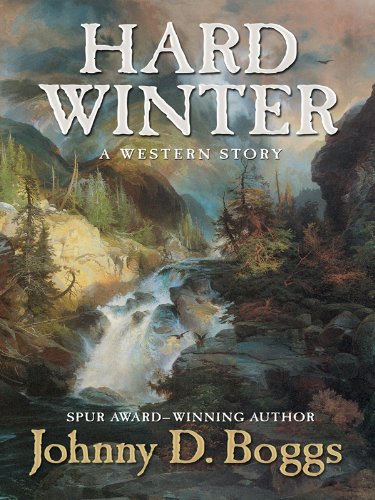 With hardly a shot fired, Spur Award–winner Boggs delivers one of his best westerns. Jim Hawkins tells his grandson about his wild days as a teenage cowboy, riding with Tommy O'Hallahan and their mentor, John Henry Kenton. The three pards begin cowboying in Texas and make their way north to Montana, ending up working on the big cattle spread of William MacDunn. Kenton, however, goes to work for Tristram Gow, a MacDunn rival whose competition is close to erupting into a range war. As tensions simmer, Jim and Tommy are smitten by MacDunn's daughter, Lainie, but it is the brutal winter that gets top billing in this exciting tale. Snows deepen, winds howl and temperatures plummet, killing cattle and cowboys alike. Add a train derailment, feuds, a missing woman and a hard-case gunman wearing a lawman's badge, and Boggs has produced a tender and suspenseful western that doesn't need to rely on gun smoke.