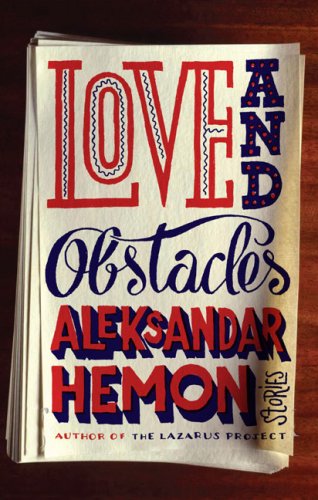 Bosnian-born Hemon ( ) again beautifully twists the language in this collection of eight powerful and disquieting stories. The 1992 Bosnian war colors in the background of all the tales, whose settings range from Africa to Chicago and Sarajevo. Arranged chronologically, all but one feature a Hemon-like narrator named Bogdan, first met as a surly teenager during his diplomat father's assignment in Zaire, where he's happily corrupted by a degenerate American espionage agent. In each successive story, Bogdan recalls the surreal and salient experiences of his life: his youth with his ironically depicted family; his early determination to be a poet; his accidental sojourn in America, where he was caught after the commencement of hostilities in Bosnia; and his return to a “cesspool of insignificant, drizzly suffering,” where he has a transformative night interviewing a Pulitzer Prize–winning writer. Hemon arranges words like gems in a necklace. A necktie is “stretched across the chair seat, like a severed tendon”; a car is “stickered with someone else's thought”; a character's teeth are “like organ pipes.” Writing with steely control and an antic eye, Hemon has assembled another extraordinary work.