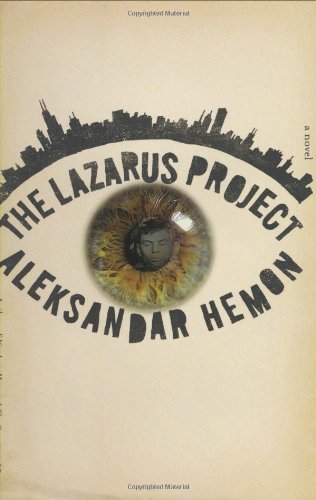 MacArthur genius Hemon in his third book (after ) intelligently unpacks 100 years’ worth of immigrant disillusion, displacement and desperation. As fears of the anarchist movement roil 1908 Chicago, the chief of police guns down Lazarus Averbuch, an eastern European immigrant Jew who showed up at the chief’s doorstep to deliver a note. Almost a century later, Bosnian-American writer Vladimir Brik secures a coveted grant and begins working on a book about Lazarus; his research takes him and fellow Bosnian Rora, a fast-talking photographer whose photos appear throughout the novel, on a twisted tour of eastern Europe (there are brothel-hotels, bouts of violence, gallons of coffee and many fabulist stories from Rora) that ends up being more a journey into their own pasts than a fact-finding mission. Sharing equal narrative duty is the story of Olga Averbuch, Lazarus’s sister, who, hounded by the police and the press (the reporter is especially vile), is faced with another shock: the disappearance of her brother’s body from his potter’s grave. (His name, after all, was Lazarus.) Hemon’s workmanlike prose underscores his piercing wit, and between the murders that bookend the novel, there’s pathos and outrage enough to chip away at even the hardest of hearts.