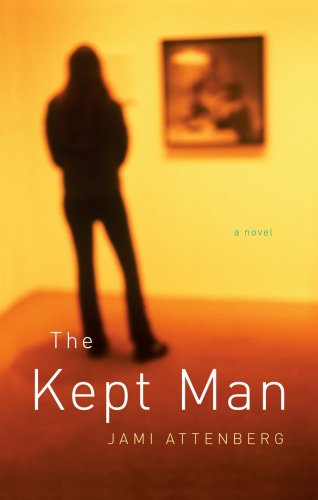 In this lugubrious first novel from Brooklynite Attenberg ( ), Jarvis Miller is a young, pretty “half-widow” in the Williamsburg neighborhood. For six years, her brilliant painter husband, Martin Miller, has lain in a coma in a nursing home, while Jarvis rarely leaves the apartment for more than her once-a-week visit to see him. With frequent musings such as “Waiting for Martin to wake up is a different kind of waiting than waiting for him to die,” Jarvis slowly takes steps to go on with her life, and in the process, begins to suspect that her picture-perfect marriage may have been something else entirely. She finds little solace in Alice, Martin's glossy, possessive art dealer, or in Davis, Martin's louche artist friend. What helps the most is a serendipitous friendship with three married men she meets in a Laundromat, “The Kept Men Club”; the three are financially supported by their wives just as Jarvis, former party girl, was supported first by Martin, and now by his legacy. Attenberg gets the Williamsburg cityscape correct but builds almost zero tension with Jarvis's depressive brooding over Martin, his continued hold on her and the decisions she faces. Not for a moment in this airless dirge does Jarvis or her marriage feel credible.