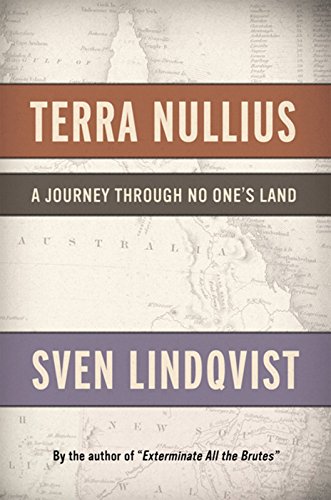 Terra Nullius: A Journey Through No One's Land

Swedish author Lindqvist ( ) has written a sobering chronicle of the attempted genocide of aborigines in 19th-century Australia. White settlers arrived and declared whole swaths of countryside —no one's land—ignoring the people who had lived there for centuries. By the early 20th century, Lindqvist writes, white Australians recognized that the aboriginals existed, but assumed they were inferior and would one day die out. Indeed, whites massacred the darker-skinned indigenous people, claiming they were only helping the inevitable Darwinian march of progress. Marrying social, political and intellectual history, Lindqvist goes far beyond a predictable history of colonial destruction, violence and exploitation. He shows that many European theorists turned to aboriginals as a case study of the question of when humans became human, and notes that Durkheim and Freud both made crucial assumptions about human development based on their readings of aboriginal cultures. Malinowski criticized Australian aborigines for raising their children liberally; he believed that discipline by beating was a necessary part of parenting. Lindqvist calls for those who have benefited from the oppression of aboriginals to "do penance and mend our ways." Thus, "even the past can be changed."