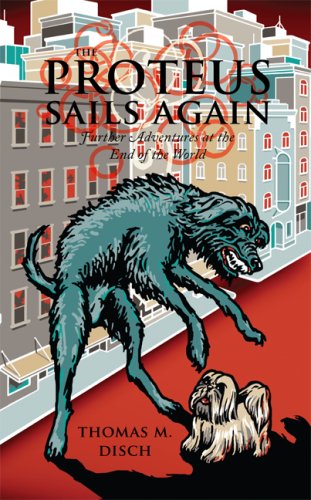 The Proteus Sails Again: Further Adventures at the End of the World

This brief sequel to 2008's is less a conventional novella than an extended metaphor. The protagonist, who bears the name of the late author (1940–2008), inhabits a dystopian near-future New York where ground zero is a lagoon and activists blow up McDonald's. When Tom stumbles over the murdered body of his neighbor, he decides to solve the mystery. But don't expect a linear plot: Disch refuses to answer any of the questions he raises, including whether Tom is dead or insane. Themes of isolation and loss are particularly poignant in light of Disch's suicide, as are autobiographical details such as the eviction notice he calls a death warrant. As genre fiction it disappoints, but Disch's command of language is a delight, by turns casual, brutal and elegant.