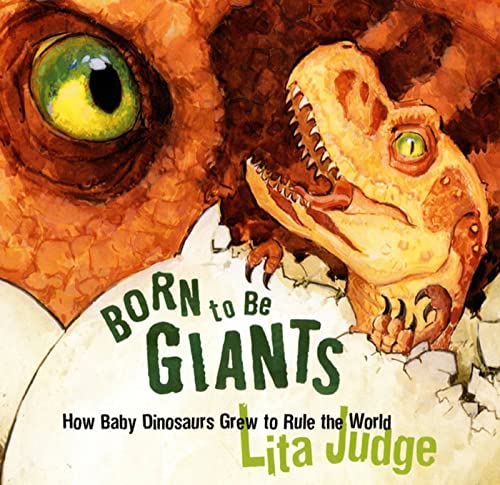 Born to Be Giants: How Baby Dinosaurs Grew to Rule the World

“Every giant was once a baby,” asserts this insightful book, filled with fascinating details about the rearing habits of less familiar dinosaurs. Using fossil evidence and comparisons to modern species, Judge speculates about how dinosaur mothers might have cared for their young, and her expressive paintings make artful use of dimension and scale while bringing the compelling creatures to life. So while “A bad-tempered mother probably ate anyone who tried stealing her eggs,” a baby would have had to watch out for mom and dad. “A herd of was an earth-shaking, bone-crushing stampede of feet. Their tiny babies probably hid under forest cover.” Ages 6–9.