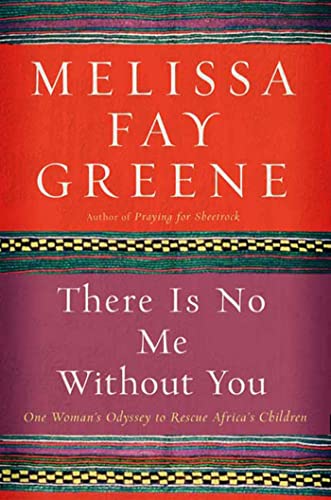 There Is No Me Without You: One Woman's Odyssey to Rescue Africa's Children

Not unlike the AIDS pandemic itself, the odyssey of Haregewoin Teferra, who took in AIDS orphans, began in small stages and grew to irrevocably transform her life from that of "a nice neighborhood lady" to a figure of fame, infamy and ultimate restoration. In telling her story, journalist Greene who had adopted two Ethiopian children before meeting Teferra, juggles political history, medical reportage and personal memoir. While succinctly interspersing a history of Ethiopia, lucidly tracing the history of AIDS from its early manifestation as "slim disease" in the late 1970s to its appearance as a bizarrely aggressive [form] of Kaposi's sarcoma in the early 1980s, and following the complex path of medication (a super highway in the West, a trail in Africa), Greene rescues Teferra from undeserved oblivion as well as rescuing her from undeserved obloquy (false accusations of child selling). As with her previous books ( ; ; ), Greene takes a very close look at what appears to be the fringe of an important social event and illuminates the entire subject. Ethiopia is home to "the second-highest concentration of AIDS orphans in the world"; even as some of the orphans find happy endings in American homes, Greene keeps the urgency of the greater crisis before us in this moving, impassioned narrative.