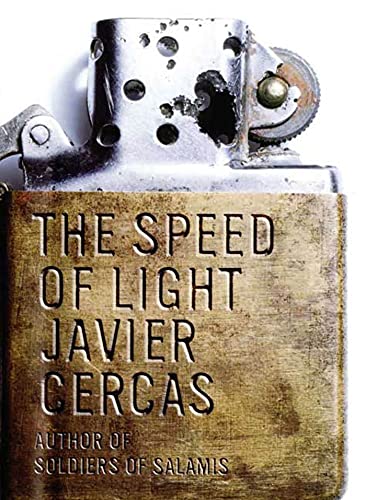 The Speed of Light

An unnamed narrator's life comes full circle as he confronts buried secrets and tragedy in this powerful novel by Spanish author Cercas ( ). The unnamed narrator, a young writer whose hustle to survive in Barcelona doesn't leave him time to write, takes a scholarship as an assistant Spanish professor at the University of Illinois, Urbana, in the late 1980s. Once there he makes an unlikely friend in office mate Rodney Falk, a Vietnam vet who everyone else in the department thinks is insane. After Rodney disappears during winter break, the narrator visits Rodney's father, who fills him in on Rodney's troubled past. Back in Spain a year later, the narrator becomes a successful novelist, but remains haunted by Rodney (and his skeletons) which the narrator wants to write into a novel. From the electric passages chronicling the narrator's descent into writerly paralysis to his discovery of Rodney's miserable end and then his own creative resurrection, Cercas writes with verve and brings the novel to a close in a mad sardonic swoop. Cercas has delivered a wry and touching examination of the ruinous effects of war and fame.