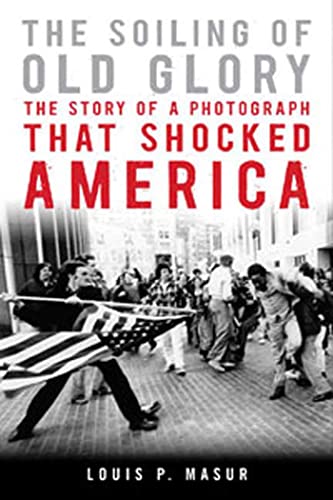 The Soiling of Old Glory: The Story of a Photograph That Shocked America

Historian Masur ( ) has written a gem of a book based on an iconic, Pulitzer Prize–winning photograph by Stanley Forman. Taken on April 5, 1976, at a Boston rally against forced school busing, it's a stark, frightening image of an angry white teenager brandishing an American flag at a well-dressed African-American man, apparently trying to impale him. Published on the front page of newspapers across the country, the photo crystallized the complex issues that enflamed Boston during the city's school busing crisis. Masur addresses the source of the picture's power on a multitude of levels, bringing uncommon wisdom and explanatory skills to his analysis of the collision of the Civil Rights movement, racism and community concerns about court-ordered busing programs. Masur is superb when deconstructing the photo, pointing out the elements of its composition that infused it with meaning, while at the same time asking provocative questions that illuminate how the interpretation of a photograph can affect our perception of an event. Equally compelling is Masur's discussion of the shifting and potent historical symbolism of the American flag, which stands at the metaphorical center of the photo.