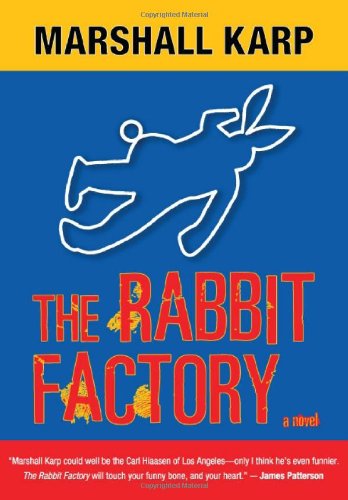 The publisher's blurb on playwright and screenplay writer Karp's first novel, "The hilarious and suspenseful introduction of Detectives Mike Lomax and Terry Biggs," makes the two LAPD detectives sound as if they're the reincarnation of the Keystone Kops. They are amusing, but the comedy never overshadows this smart, many-layered thriller. Lomax's beloved wife has died, his doting father is trying to get him to go on dates and his wayward, gambling-addicted brother is in deep trouble. Meanwhile, Lomax is trying to solve a string of high-profile murders aimed at destroying a Disneyesque theme park, Lamaar's Familyland. First, the employee playing Rambunctious Rabbit, Familyland's signature cartoon character, is strangled in his rabbit suit, then a series of other employees and visitors to the park are killed, bringing the company to its knees. Lomax, Biggs and the FBI have their work cut out for them in a clever plot that will keep readers guessing to the very end. Enthusiastic readers will anxiously await the return of detectives Lomax and Biggs.