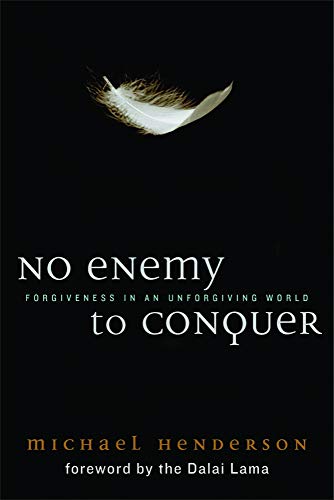 No Enemy to Conquer: Forgiveness in an Unforgiving World

Henderson ( ), whose Irish Protestant family sought reconciliation with their Catholic compatriots, may be just the sort of eloquent messenger the world needs to understand the utility and not just the symbolic value of forgiveness. Starting with the Dalai Lama’s foreword—a paean to the power of redemption—this book is a blissful read and a persuasive argument for forgiveness as a practical tool for global survival. As the author demonstrates in a discussion of (the few) American individuals and institutions that have made formal apologies for the African slave trade, history cannot be redeemed with an apology, but an apology can create a new starting point for history. Most instructive, however, are the stories of people, from Chechnya to Pennsylvania Amish country, who have suffered unspeakable acts at the hands of enemies and staunchly refuse to be consumed by victimhood. Henderson shows the real muscle behind forgiveness, avoiding preciousness and sentimentality. He writes, “Forgiveness has an image problem”—with this latest effort, perhaps no more.