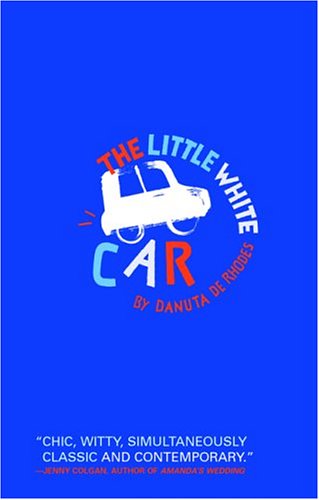 How's this for a night out? You drink yourself silly, dump your experimental-music– loving stoner boyfriend, get in your parent's car and promptly kill a princess with it. But don't worry, you're beautiful and French: everything will work out just fine. Such is the lesson in this frothy, muzzy, comic caper by de Rhodes, a putative child prodigy ("She started writing features for fashion magazines at the age of twelve....") but actually the pseudonym of Dan Rhodes, author of the much-ballyhooed . After waking with a hangover and the terrible knowledge that she caused Princess Diana's car crash, Veronique realizes that something must be done. So she goes to see her friend Estelle, a gorgeous, pansexual heartbreaker with a fondness for obscure Welsh poetry, confesses and gets drunk. But she can do better than that! Soon a scheme emerges, which involves the gradual disassembly of the car (which the police are looking for) into bits small enough to dump in public trash cans. But where to get the money for a new car? Stealing and selling the ex's stereo didn't net nearly enough—should Veronique get paid for having her toe amputated and sewn back on by a med student? Trials and tribulations abound, but these beauties will triumph in a novel that's as fun and as fast as a little white Porsche.