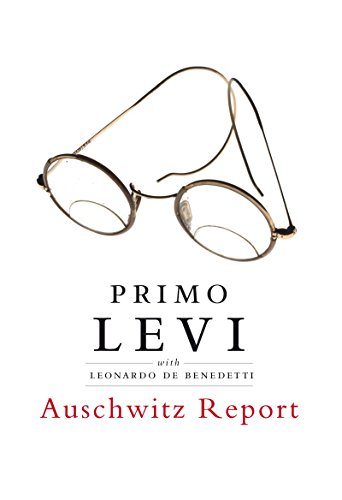 First published in Italy in 1946, this newly rediscovered early work by the celebrated late author of such Holocaust memoirs as —an eyewitness account of conditions at Buna-Monowitz, a satellite camp of Auschwitz—appears in English for the first time. The short report was written for the Russian authorities who had liberated the camp and were gathering information on German war crimes. While the report is not exactly a curiosity—one of the first written by eyewitnesses, it has an important place in Holocaust historiography—it contains little new information. Some of what it does contain—for instance, the authors thought the S were criminal inmates rather than Jews—we now know to be inaccurate. Despite this, the publication of the document gives readers, and especially Holocaust scholars, new insights into Levi's work. An excellent introduction by editor Gordon gives an astute overview of the stylistic and historical relationship between this work and Levi's later autobiographical writings. Levi's training as a chemist and his friend and fellow survivor De Benedetti's training as a physician bring to the piece a dispassionate tone that has, in a sense, prefigured the best writing about the Holocaust. This is an important addition to Holocaust literature, but probably of limited interest to the general reader.