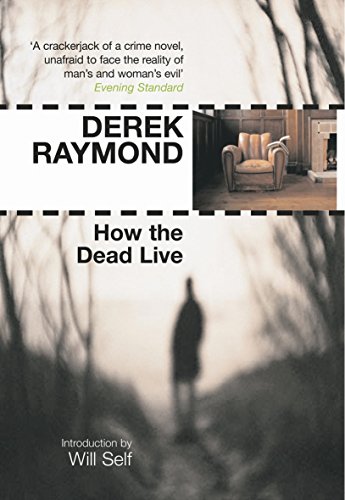 How the Dead Live

First published in the U.K. in 1986, this powerful and mesmerizing novel should gain new U.S. fans for Raymond (1931–1994), known in Europe as one of the masters of British noir. The unnamed narrator, a dogged Scotland Yarder with a gift for antagonizing his superiors, travels to Wiltshire to resolve a bizarre missing-persons case. Though Marianne Mardy, a popular local figure, hasn’t been seen for some time, her physician husband, William, hasn’t reported her missing. The police are strangely uninterested in making any effort to locate the woman, and the narrator soon uncovers evidence of official corruption. After an initial interview with William, who lives a reclusive existence in a massive, crumbling mansion, the detective gets a glimmer of what really happened to Mrs. Mardy, only to find himself struggling to reconcile the truth with what his personal sense of justice requires. With spare, often lyrical prose, Raymond digs beneath society’s civilized veneer to expose the inner rot.