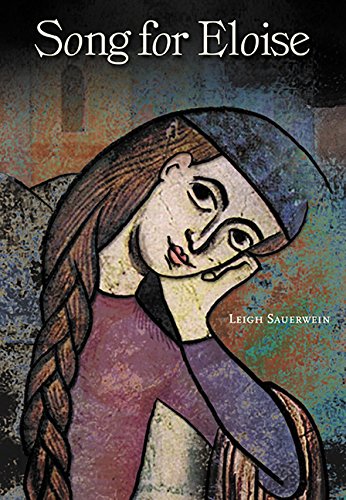 An incisive yet poetic writer, Sauerwein ( ) populates this novel of 12th-century France with dynamic, memorable characters that illuminate the setting without compromising their dimension or believability. Told from alternating points of view (although consistently in the third person) and weaving back and forth across brief chronological spans, the narrative unfolds in overlapping segments, the larger pattern emerging readily if not immediately. At the start, 15-year-old Eloise has been married off to 30-year-old Robert. A flashback illustrates, with the author's characteristic economy, Eloise's shock at the betrothal: " 'What, that black-bearded old grump?... That rude, that gross—' 'Hold your tongue, girl, keep still!' Her father had never shouted at her.... In an instant he had changed, no longer her father, but Baudoin the sword wielder, a lord." Sauerwein evokes also the experiences of Robert; of Robert's blind but perceptive mother, Merle; of Eloise's uncle John, whose lengthy pilgrimages led to a year studying painting, and now to painting in a monastery. Most grippingly, she tells of Thomas, a troubadour, whose childhood love for Eloise is dangerously rekindled when he comes to Robert's court. Throughout, the monks in John's monastery measure the day (" ") and an unnamed voice measures time (" ").While its characters embrace various forms of romance, the background offers a cache of sensory riches. Ages 12-up.