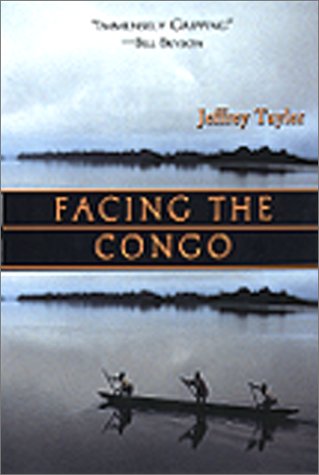 In this Heart of Darkness-revisited tale, Tayler (Siberian Dawn) sets out to retrace the steps of British explorer Henry Morton Stanley, who in the 1870s, accompanied by a crew of hundreds of Africans and three Europeans, sailed the entire length of the Congo River in a pirogue. At 33, Tayler, an American ex-pat living in Moscow, finds himself wading into the murky waters of an existential crisis. Having traveled and lived in Europe, the Middle East and North Africa, and journeyed across Siberia, he is unable to shake off the wanderlust bug. But his personal crisis runs deeper than whether to find a job and settle down. ""The imperative,"" he writes, ""is to accept the frightening yet liberating fact of our finitude... not to succumb to the illusion, comforting though it may be, that our days will go on and on."" He makes a final lunge in the hope that ""facing the Congo"" will create more meaning for him than simply a new adventure. Tayler arrives, however, not in Stanley's 19th-century Congo, but in Mobutu's corrupt and strife-ridden Zaire in the aftermath of the infamous pillaging that tore the country asunder in the early 1990s. Throughout his journey downriver, the author ruminates on the significance of his own life and the history of the Congo and its terrible legacy of colonialism and enslavement, asking what ""right"" he or any Westerner has to venture, pockets full of cash, into a foreign land stricken with poverty and misery. Eloquent and sincere, Tayler brings immense cultural sensitivity to his journey, fully conscious that the poverty and misery are in large part due to Western hegemony. His story, however, ends abruptly, and his questioning sinks deep into the jungle whence it came. (Sept.)
close
Details