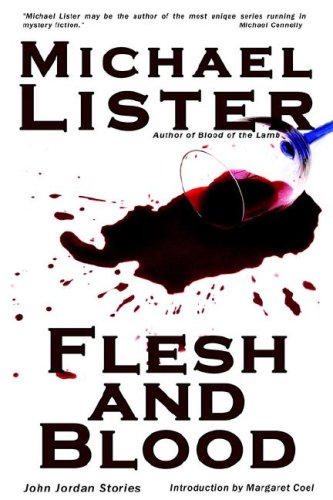 Flesh and Blood and Other John Jordan Stories

In this story collection from former prison chaplain Lister ( ), his fictional alter ego, John Jordan, a chaplain at a north Florida jail, investigates seven "cases" that range from standard fair play tales to explorations of faith. Some stories, such as "Bad Blood," which involves a murder on the prison grounds, are reminiscent of Ed Hoch's impossible crime tales and demonstrate talent at traditional mystery writing. Others, however, are pure parable: in "A Fountain Filled with Blood" Jordan attempts to ascertain if a 10-year-old African-American girl who survived Hurricane Katrina is really the second coming of Jesus Christ, and "Image of Blood," a study of the Shroud of Turin, has only the barest fictional trimmings. Lister's collection will appeal more to a Christian audience than general mystery readers.