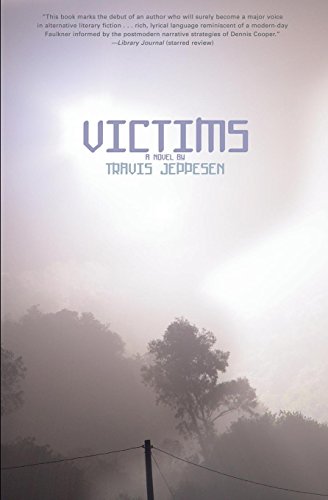 Delving desultorily into the psyches of the members of a small cult, Jeppesen strives for apocalyptic resonance in this wobbly first novel. In brief, fragmentary chapters, the writer introduces his motley cast of disaffected characters, most seduced in some way by the teachings of Martin Jones, Earth's Representative from the Next Level of Existence. Jones's cult, a Heaven's Gate–like outfit, is housed in a former elementary school in the imaginary rural community of Buick. Herbert, the most frequently recurring figure, tests the patience even of his fellow cult members, indulging all sorts of unpleasant urges (near the start of the book, he slaughters a goat and eats its raw entrails) and eventually striking off on his own and meeting up with two loner freaks, Howard ("a dumbfuck and a failure") and Ruphis ("a grade A low-life"). In a series of faux-Beckettian scenes, the three eke out their idle existences ("What if Herbert is not only looking at Ruphis and Howard, but down at the table as well? It's not out of the question, no"). More sympathetic is Tanya, a troubled teen whose boyfriend commits suicide soon after she finds out she's pregnant, driving her into the clutches of Martin Jones. Jones's teachings are strictly generic—he believes that the earth is being "recycled" and that his followers need to leave (via a mass suicide). Still, Jeppesen might have revealed something about the twisted logic of cult faith if he hadn't succumbed to the temptation of garbled, pseudo-experimentalist prose ("a life faring sexless as the hairs of a day"; "lifting his fork in advance of a forthcoming display of fantastic implication"). The pretentious sloppiness of the writing obscures a genuine narrative vigor, which shines through in isolated episodes.