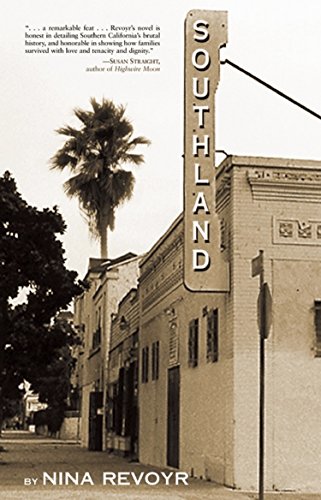 Revoyr () returns to the gritty, central Los Angeles of her debut with this compelling if overlong tale of a headstrong Japanese-American lesbian law student obsessed with discovering her family history and solving a murder mystery. Jackie Ishida, 25, is undone by the sudden death in 1994 of her loving, seemingly healthy Japanese grandfather, Frank Sakai. A veteran of World War II, he lived a philanthropic life and in the 1960s owned a small grocery in the racially integrated Crenshaw district he grew up in. When Jackie's aunt Lois finds a large shoebox with $38,000 in cash in Frank's closet, both women are perplexed, particularly since they also discover a mysterious beneficiary, Curtis Martindale, in a decades-old will. Lois dispatches Jackie to find Curtis. Enter strong, street-smart James Lanier, a cousin of Curtis's, who informs Jackie that Curtis is dead. An employee at Frank's store during the Watts riots in 1965, Curtis, along with three other black teenage boys, was found frozen to death in the store's freezer. This heinous crime was never reported (nor discussed within the Sakai family) and though white beat cop Nick Lawson was pegged as a prime suspect, the case was never solved and Frank closed the store permanently. As Jackie and James dig deeper into Curtis's past, their friendship (and awkward attraction to each other) takes its toll on Jackie's fading three-year relationship with girlfriend Laura. In chapters alternating past and present, clues are uncovered that romantically link Curtis's mother Alma to Frank. When a surprise suspect in the killings is fingered, it paves the way for a dark conclusion rooted in skepticism, injustice and racial intolerance. Somewhat overplotted but never lacking in vivid detail and authentic atmosphere, the novel cements Revoyr's reputation as one of the freshest young chroniclers of life in L.A.

The publisher of (Fiction Forecasts, April 14) is The Dial Press.