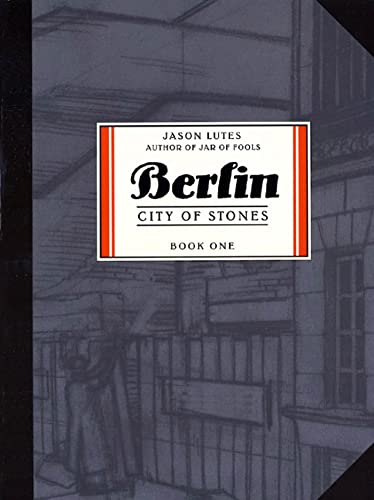 This first volume of a planned trilogy by Lutes () follows the lives of a broad cross-section of Berliners during a tempestuous period in Germany's Weimar Republic, from September 1928 to May 1929. World-weary journalist Kurt Severing introduces himself to young art student Marthe Müller while traveling on a train bound for Berlin. Their meeting initiates a complex story that simultaneously creates a sense of history's sweeping arc while presenting the lives of a group of well-developed characters whose paths ultimately cross. Lutes employs a roving omniscient narrative that follows these characters' thoughts and activities: a traffic policeman hopes his wife has packed an apple in his lunch; a housewife abandoned by her husband frets while riding a streetcar; a soldier huddled in a doorway relives nightmarish memories of trench warfare. Lutes offers a lecture on perspective from art professors and a biography of Rosa Luxembourg from a German Communist, along with a debate, between two policemen (one a war veteran), about the patriotism of German Jews. While Marthe's art school friends worry about their next meal and debate art trends (from New Objectivism to Masereel's wordless graphic novels), Severing's friends and colleagues become more polarized as Weimar Berlin's politics reach a boiling point. "Communists, socialists, nationalists, democrats, republicans, criminals, beggars... and everything in between, clash in the streets with increasing frequency," says Severing, describing Weimar Berlin, the true main character of this book. And Lutes thoughtfully renders its cabarets, parlors, plazas, alleyways and citizens in a clear, evocative, black-and-white line style.