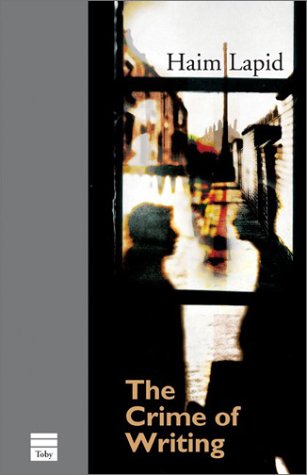 THE CRIME OF WRITING

Lapid (), in his muddled second novel, seeks to link a man's search for his mother with the hunt for a murderer. The book opens intriguingly, when a young woman travels to London and has a brief meeting with an older Englishman, George Brown. She returns to Israel and, upon Brown's death, receives a series of his letters. Her novelist husband, who narrates, decides to publish the letters, which describe Brown's quest to find his mother, who fled when he was a young boy to escape her tyrannical husband. The novel wanders off into a series of murky ruminations about the so-called "crime" of writing, and Brown remains stymied in his search until finally a few clues surface concerning his mother's involvement with the family business. At the outset, Brown is a beguiling character, but Lapid's lack of consistency in identifying characters and voices makes the plotting tough to follow; his tendency to introduce transitions, subplots and secondary characters with almost no warning or setup renders the narrative even more baffling at several pivotal junctures. The ending yields a revelation that is supposed to be startling, but given the inconsistencies in the framework and the frequently unfocused writing, even this climactic scene is something of a letdown. While the novel is long on atmosphere and Lapid does some solid character work, the erratic, wandering story line makes for a difficult, tangled read.