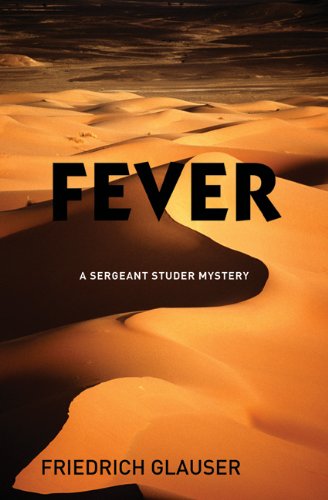 In the first English translation of a European cult classic originally published in Germany in 1936, the third in Glauser's absurdist Studer mystery series (after ), Swiss police Sgt. Jacob Studer investigates two questionable deaths in Bern and Basel—both by gas leaks, both victims elderly women once married to the same man. Clues vanish while suspects disappear and acquire different identities. Studer chases a priest, Father Matthias, brother of the dead women's late husband, who may or may not have been an oil company geologist. Lovely Marie may be niece, daughter, secretary or lover to Matthias or the geologist. At a French Foreign Legion post in Morocco, Studer eventually finds the answers, which seem so simple (or are they?), to this hallucinatory, morally ambiguous case. Glauser, the namesake for the German equivalent of our Edgar Award, was a schizophrenic and drug addict who spent much of his life in mental institutions and prisons. His books, although written in a straightforward style, reveal the fine line between sanity and madness.