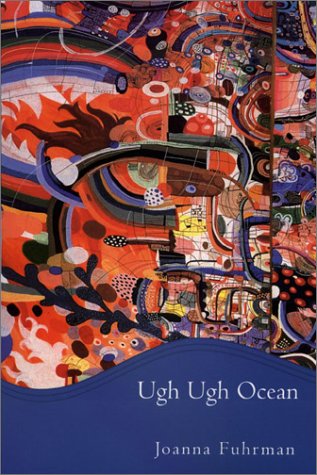 While Fuhrman's debut, , won attention for its ingenuous comic voices, her sophomore effort represents a major advance: epigrams, short sequences, quasi-parodies and expertly managed strict forms send up the seriousness of a past generation while proffering a likable, intellectually challenging and decidedly generation-Y voice. Fuhrman begins with scenes that update mythologies, shuffling Orpheus, Zeus and assorted Judaica into a city of postcollegiate disappointments—"the row of spinning dryers on 13th Street," say, where "The top of a radish rots in a puddle" and "Nothing is ever just sad." Self-conscious poems to friends, ex-lovers and acquaintances easily and naturally make room for quips about postmodern selfhood: "Wall, I want to pull all/ the poetry books from your shelf to know/ you still exist behind them"; "Please bring me the look you hid from/ when you turned fifteen. I'll shine/ my nipples like the drool-wet stars." Expertly managed forms (including a noteworthy sestina) place Fuhrman among peers (Spencer Short, Denise Duhamel) who also seek comic pomo fireworks. Yet Fuhrman ends up both more convincingly passionate and more politically savvy than most poets taking up those modes: her book's final section, "Prayers for Business," draws on Bob Perelman's satirical methods to create post-9/11 social critique: "How Many More Minutes Until We Can Devour Our Breached Contract?" one poem asks, while another envisions "Babylonian Barbie, model eight, as she burns/ the future devil's nose hair for their pre-ironic date." Don't miss this one—it's better than .