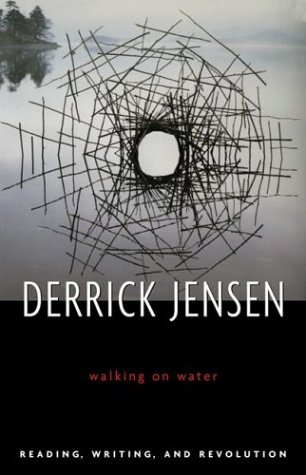 Writing teacher Jensen doesn't believe in the traditional grading system, which he calls "a cudgel to bludgeon the unwilling into doing what they don't want to do," so he opts instead to give his students at Eastern Washington University check marks: one check mark for turning in a piece of writing, four for editing that writing into perfection. For this opinionated offering on writing, teaching and the state of the world, Jensen deserves four checkmarks for courage. His ideas are always radical and often inspiring. He rails against the public education system frequently and with refreshing humor, telling students their papers "have to be good enough—interesting enough—that I would rather read them than make love." Drawing on his personal experience, he castigates what he sees as formal education's lack of creativity and flexibility for personal style. Jensen's strength lies in his honest, provocative, passionate approach. The rawness of his ideas is this book's virtue, but it's also its vice. When Jensen makes seemingly random forays into commentary on the demise of the environment or political consciousness (subjects he explored in earlier books like ), his writing becomes long-winded and unfocused. He loses sight of his own seventh rule of writing, which he so dramatically relays to his students: clarity. But more importantly, Jensen's first, second, third and fourth rules of writing are "Don't bore the reader." In that effort, he succeeds masterfully.