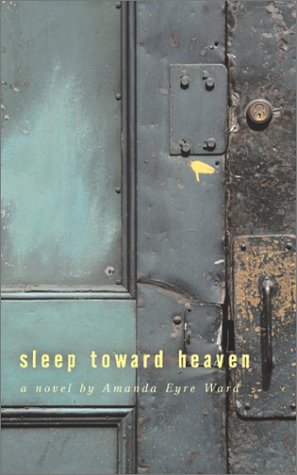 How do we forgive the unforgivable? First-time novelist Ward explores this question with a delicate blend of compassion, humor and realism. Three women whose lives converge during a stifling Texas summer have followed completely different paths in their 29 years. The horrendous childhood of death row inmate Karen Lowens led her to prostitution, drug abuse and finally murder. She now longs to find peace before her scheduled execution in the Gatestown, Tex., prison. She resists friendship, as "any connection, any tiny strand, will bind her to this world" from which she so wants to be freed. Franny Wren, Karen's prison doctor, is just as afraid to befriend Karen, knowing that she can't save her. She is fragile, having recently run out on her fiancé and her life in New York City after the death of one of her cancer patients, a young girl, left her guilt-ridden and emotionally drained. Franny has returned to her childhood home in Gatestown, where she was raised by an uncle after her parents were killed by a drunk driver. Meanwhile, in Austin, Celia Mills, the only first-person narrator of the three, is the widow of Karen's final victim. She has been sleepwalking through life since the murder, and her stabs at joining the living are touching and funny ("Although my mother disagrees, I have moved forward with my life. For example, I've bought a new bikini"). Ward's celebration of human resilience never becomes preachy, sentimental or politically heavy-handed. Her spare but psychologically rich portraits are utterly convincing.