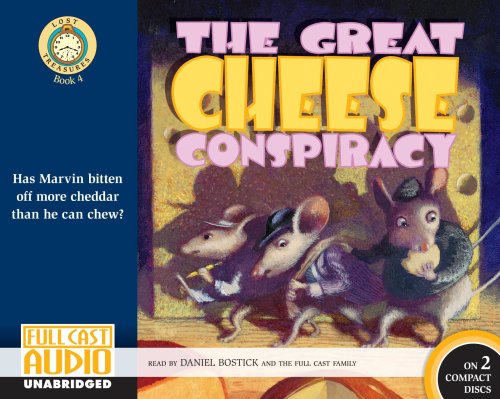 A bungling crew of New York City rodents has a story to tell in this jaunty story first published in 1973. Bostick shines as Merciless Marvin the Magnificent, the tough-talking (in convincing Brooklyn-ese) leader of a mouse-and-rat gang that inhabits the Bijou Theater. After viewing loads of movie matinees featuring flashy gangsters and heists, Marvin persuades his cronies that glory (and delicious food) lie on the outside, where Marvin plans to "pull off the job of the century." The intended target is a shop called the Cheese Barrel—filled wall-to-wall with "sharp, tangy, pungent, flavorful, appetizing, delectable cheese." Raymond the Rat and Fats the Fuse join Marvin in planning the crime with some funny, if unsuccessful initial attempts. By book's end, restless Marvin chooses adventure over an easy life of accessible cheese. This pleasant blend of silliness and drama—bolstered by colorful and distinctive character voices and the clever inclusion of numerous movie references—will keep listeners hooked. Jazzy interludes at the chapter breaks add an entertaining touch. Ages 6-9.