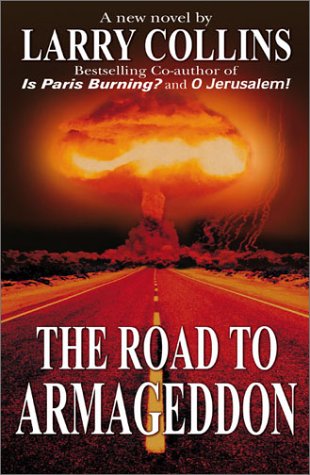 THE ROAD TO ARMAGEDDON

The startling cover of Collins's new thriller, of a nuclear bomb exploding along a country road, well fits this frightening speculative tale, which describes how Iran might come into possession of a nuclear weapon. "As you read this," veteran journalist Collins (; with Dominique Lapierre; etc.) writes in an author's note, "Iran possesses at least three, and possibly as many as six nuclear weapons," and then goes on to warn that "much of what you are about to read is true." The story Collins tells follows two basic plot lines: one follows the money, as Iranians transform opium gathered from Afghan poppies into heroin by way of Turkey, then into cash to fund their weapons program; the second follows disaffected CIA agent Jim Duffy as he's recruited from his Maine hideaway to prevent the Iranians from obtaining triggers for their nuclear devices. Both plot lines grab interest, but the novel would have been stronger if they were better integrated. The story is grounded in the deep research Collins is known for, which takes the reader into such arcane matters as encryption; nuclear arms; drug growing, drug processing and drug-running; money counterfeiting and laundering; Special Forces techniques. There's even a bit of romance, as Duffy falls for a widowed American ex-pat. "Many have asked why I didn't write this as a work of nonfiction," writes Collins. "I'm afraid that is just not possible. It would put innocent people at great risk." Nonetheless, this gripping novel features, along with strong action sequences and a wicked surprise ending, enough detail and verisimilitude to unnerve most readers at the same time that it entertains them.