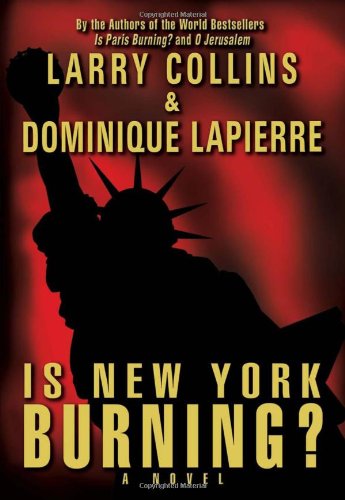 A master Palestinian terrorist seeking retribution against Israel hooks up first with Saddam and then, after Saddam's capture, with Osama; through the latter, he acquires a nuclear bomb from Pakistan, ships it to New York and, with a crew babysitting it, threatens to detonate the bomb unless Israel withdraws to the pre-1967 borders—within five days. The rest of this novel from the late Collins ( ), who died this past June, and collaborator Lapierre, is basically a procedural: what does the U.S. government do, and how does it do it, as the hours tick by. All of the characterizations are cardboard, but they're convincing enough to sustain the book: there are fictionalizations of everyone from Saddam and bin Laden to Bush, Ariel Sharon, Pervez Musharraf and New York mayor Mike Bloomberg. There's a particularly touching interaction between Secretary of State Condoleezza Rice and the rogue Pakistani nuclear scientist A.Q. Khan. The FBI and police work is reasonably realized. Early chapters patiently and sympathetically render the logic of and reasoning behind the Islamist nuclear threat, but the real twist comes on day four, when the U.S. government begins mobilizing for possible military action against Israel to force a withdrawal from the West Bank. The publisher claims 350,000 hardcover copies already in print in Arabic, Chinese, Dutch, French and Polish; one imagines it has little to do with the quality of the writing.