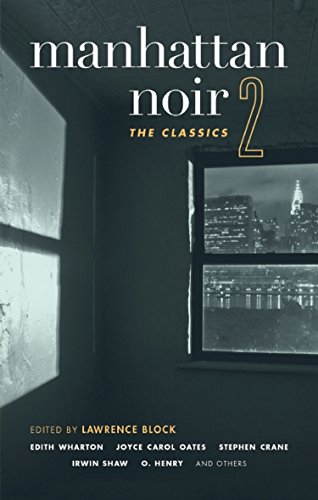 While Akashic's original city-themed anthologies tend to be hit or miss, its third reprint volume (after and ) offers 17 sure winners by such literary heavyweights as Edith Wharton, Stephen Crane, O. Henry, Damon Runyon, Donald E. Westlake and Joyce Carol Oates. The tales range in time from 1891 to 2008, giving the book a variety some others in the series have lacked. Block makes a persuasive case in his introduction for including Edgar Allan Poe's “The Raven,” written in 1845 on what would become Manhattan's Upper West Side, as well as poetic selections by Horace Gregory and Geoffrey Bartholomew, whose works are set respectively in a Chelsea rooming house and McSorley's bar in the East Village. If one had to choose the single story that epitomizes noir, the honors would go to Cornell Woolrich's “New York Blues,” a bleak tale of love and loneliness, madness and death.