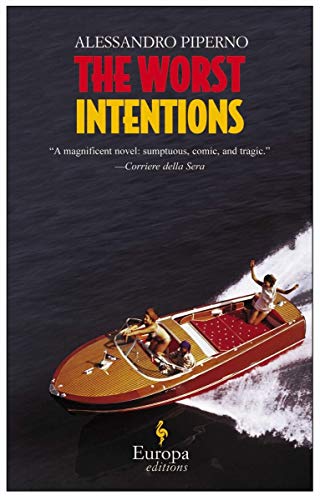 his gall-coated Jewish-Italian family folly opens with patriarch Bepy Sonnino, a textile magnate, lying dead in his rosewood coffin, leaving wife Ada, sons Luca and Teo, and aging ex-mistress Giorgia Di Porto bereft—well, sort of. The crackly, all-seeing first-person narrative falls to Luca's 33-year-old ne'er-do-well son, Daniel, who seems born to the task. He shows us his Uncle Teo, an émigré Israeli who backs the Likud party; sexually frustrated Aunt Micaela, Teo's wife (an adolescent encounter with her feet “hurled me into a vortex of depraved fetishism”); cousin Lele, whose testicular cancer has rendered his homosexuality academic; and Daniel's father, Luca, who makes a cameo in his Porsche and exits in a cloud of irrelevance. Gaia Cittadini, the granddaughter of Bepy's business partner, possesses eyes that drive Daniel to distraction. Rome's Jewish community feels as tight-knit and claustrophobic as mid-century New York's: “She's anarchic,” says Daniel of his mother, “but, like all people who enjoy appearing disillusioned, deep inside hasn't given up the dream of happiness and pleasure: she has only buried it socially.” This is a very bitter, very funny book.