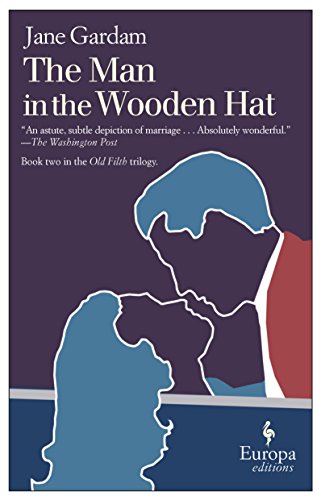 The Man in the Wooden Hat

Octogenarian Gardam's latest, told with quintessentially British humor, bookends the two-time Whitbread winner's earlier novel, , about a barrister who becomes a renowned lawyer in the Far East whose nickname, Filth, speaks volumes: failed in London, try Hong Kong. This book concentrates on the courtship and marriage of Filth and his wife, Betty, and then flits across the years to their final days, revealing a backstory of secret trysts and desires that each concealed from the other during their long, childless marriage. Filth and Betty's early days in Hong Kong tingle with the weight of the past: Betty spent the war starving in a Japanese internment camp in Shanghai; Filth talks “in his sleep in the passionate Malay of his childhood.” The supporting characters in their steamy, crowded world are a bizarre lot (a card-flinging Chinese dwarf among them). Gardam's prose is witty and precise, and the hole in the middle of the story is obviously to be filled by reading (or rereading) .