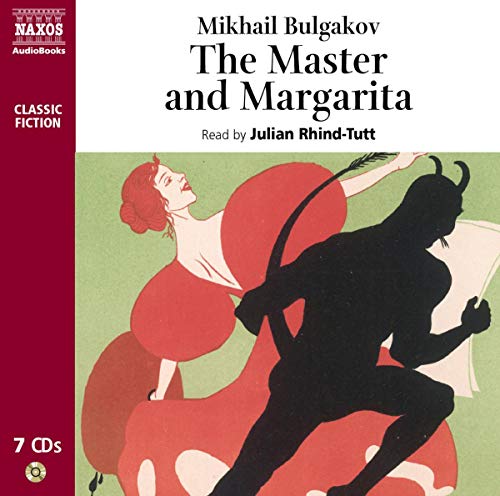 The Master and Margarita

Bulgakov's satire of the greed and corruption of Soviet authorities illustrates the redemptive nature of art and faith, and Julian Rhind-Tutt's superb interpretation does the classic full justice. With a dramatic flair and a deep, multilayered voice, he pulls off a host of fantastical characters including Professor Woland (Satan) and several of his associates, Pontius Pilate and Jesus Christ, witches and madmen and a variety of early 20th-century Moscow literary and theater types. Two minor caveats: a few characterizations are too nasal, and his cockney accents for low-class Russian characters are a bit disconcerting.