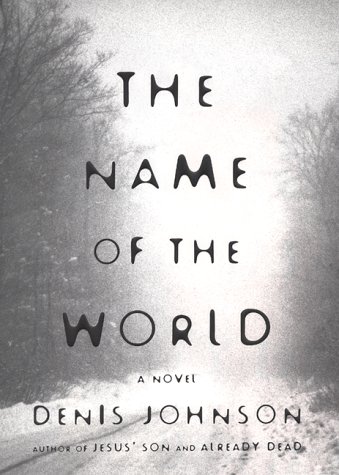 The Name of the World

Spare, introspective and arresting, Johnson's (Jesus' Son; Already Dead) new novel explores a middle-aged college professor's attempts to come to terms with the gruesome twist of fate that has robbed him of his family. After losing his wife, Anne, and daughter, Elsie, in a tragic automobile accident, ex-political speechwriter Mike Reed seeks refuge in the insular world of academia. Cloistered deep in the bosom of an unnamed Midwestern university, he teaches history, halfheartedly tries to obtain a research grant and reflects morosely on his losses. In episodic vignettes, Mike fails to impress his departmental superiors with his professorial aptitude, visits a Native American casino where he gets involved in a pointless barroom imbroglio, and becomes obsessed with the eccentric but spirited Flower Cannon, a sexy red-headed student/performance-artist/cellist/stripper. Johnson depicts Mike's emotional paralysis and anguished bouts of uncertain self-exploration with pellucid clarity and uncommon sensitivity. His gift for restrained yet elegant prose is evident, as is his ability to blend erudite reflection with hints of humor. A simple painting, charting a gradually deteriorating geometric progression, that Mike encounters in a campus museum early in the novel leads him to half-seriously opine that the picture ""illustrated the church's grotesque pearling around its traditional heart, explained the pernicious extrapolating rules and observances of governments--implicated all of us in a gradual apostasy from every perfect thing we find or make."" Though some may find it pretentious, the novel is crammed with similar observations mixing cynicism and self-aware humor, ambitious theorizing and multidisciplinary savvy. In the end, Johnson's eloquent examination of one man's persistent inability to extricate himself from the tenacity of grief manages to be both lyrical and raw. (July) FYI: A movie based on Jesus' Son will open in June.
close
Details