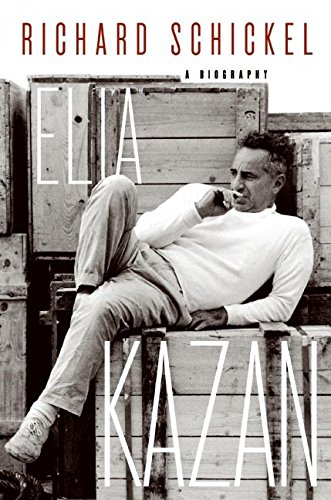 When the Academy of Motion Picture Arts and Sciences decided to give Kazan (1909–2003) an honorary Oscar in 1999, it rekindled the lingering resentment over his testimony before the House Un-American Activities Committee nearly 50 years earlier. Schickel, who produced a short film for the Academy's presentation and covered the controversy in his role as 's movie critic, has virtually no sympathy for Kazan's detractors, arguing that HUAC was "a harsh and permanent fact of American life" in the early Cold War era and, more importantly, that Kazan was testifying against Stalinists, not innocent liberals. He also observes that Kazan's early efforts at self-defense may ironically have worked against him, sealing his image in the public eye. The biography's main goal, however, is to restore Kazan's artistic achievements to their rightful prominence in his life story. Working with the director's extensive production notes, Schickel traces Kazan's rise from a fledgling actor in the Method-touting ensemble the Group Theatre to his creative pinnacle presenting Tennessee Williams on Broadway while making films like 1954's . Despite Schickel's friendship with his subject, this analysis is unsparingly thorough, to the point where Schickel's forceful, personalized criticism becomes as attention grabbing as Kazan's body of work. Photos.