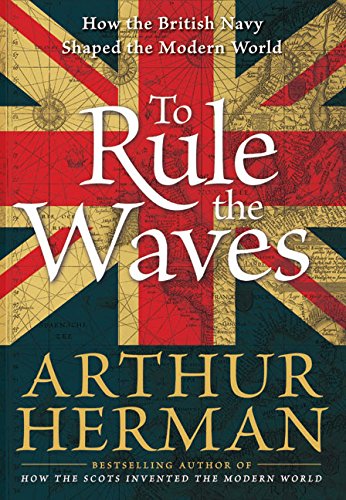 TO RULE THE WAVES: How the British Navy Shaped the Modern World

The author of returns with this quite splendid history of the British Royal Navy. Probably to no one's surprise, his thesis is that the British Empire was the foundation of the modern world and the Royal Navy the foundation of that empire. By and large, he sustains that thesis in a fluent narrative that stretches from the Elizabethan Age to the Falklands War. Although definitely Anglocentric and navalist, the author has done his research on a scale that such a large topic (to say nothing of a large book) requires. The Royal Navy's discipline and food in the age of sail may not deserve quite as much rehabilitation as he gives them, but on the other hand, he is frank about the limitations of British warship design, poor Victorian gunnery and lack of preparations for antisubmarine warfare between the world wars. He also writes extremely well, whether dealing with the role of the Royal Navy in founding the British iron and steel industries (it was a major customer) or grand battles, such as Quiberon Bay (1759) or Trafalgar (1805). Good one-volume histories of one of the modern world's most vital fighting forces appear rarely; this one should rule for a while to come.