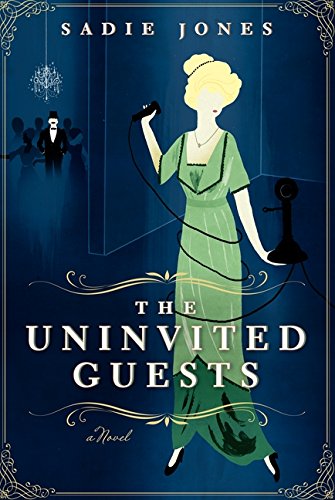 Sterne, the English country house at the center of this remarkable dark comedy, is home to the Torringtons—mother Charlotte, a widow now married to Edward Swift; children Emerald, Clovis, and “Smudge”; and an assortment of faithful staff. Set sometime in the early part of the 20th century, somewhere in the north of England (the ambiguity is telling), the novel takes place over a single day, April 30. A celebration is underway for Emerald’s 20th birthday, and what appears to be a Wodehouseian comedy with a touch of Dodie Smith is derailed when a local train jumps its track, soon filling Sterne with stranded, shocked passengers. The “uninvited guests” are decidedly lower class and deliberately indistinct, but for one notable exception: Charlie Traversham-Beechers, who seems to know a good deal about the family, particularly Charlotte. Jones’s (Small Wars) characters are delightfully eccentric, the wit delightfully droll, and the prose simply delightful. But for all its charm, this is a serious book; it’s no coincidence that the new day dawning at its close is May Day, or International Workers’ Day, though Jones’s theme is less class warfare than the seemingly absolute divide between the classes. Agent: Stephanie Cabot, the Gernert Company. (May 1)
close
Details