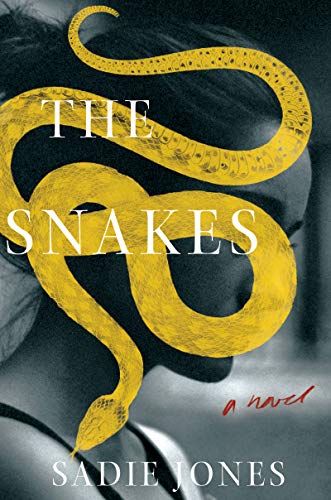 Jones’s propulsive yet thoughtful fifth novel (after Fallout) grips readers from the first page. Bea Adamson is a 30-year-old psychotherapist living in a modest one-bedroom in London with her real estate agent husband, Dan Durrant, despite her moneyed background. Dan, who is of a much humbler background, dreams of becoming an artist. When Bea and Dan take three months off to travel, their first stop is France, where Bea’s older brother, Alex, runs a hotel. When they arrive, they’re greeted by a hotel devoid of guests other than the snake infestation in the attic and an erratic, newly sober Alex. When Alex and Bea’s extremely wealthy parents, Griff and Liv, unexpectedly arrive at the hotel, Bea, who has long cut financial and personal ties with her severe father and cloying mother, resigns herself to making nice. And with Griff and Liv’s arrival, Dan begins to understand just how well-off Bea is, no matter how much she wants to forsake her upbringing. However, when Alex goes out one night and doesn’t return, the Adamson family is upturned, and their secrets and twisted relationships with each other are brought to light. The campy ending doesn’t quite live up to the rest of the book—but what precedes is a tightly crafted, deeply moving, and thrilling story about how money corrupts and all the myriad ways members of a family can ruin each other. [em]Agent: Stephanie Cabot, the Gernert Company. (June) [/em]
close
Details