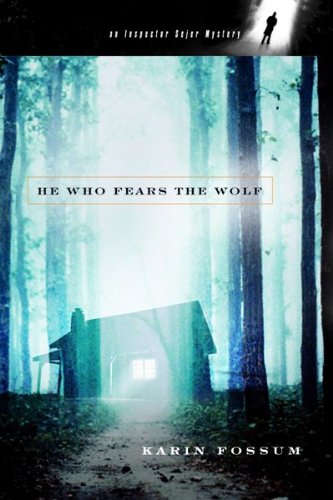 He Who Fears the Wolf

In Fossum's impressive psychological police procedural, her second to be published in the U.S. to feature Insp. Konrad Sejer (after 2004's ), a troubled youngster claims to have seen escaped mental patient Errki Johrma, a schizophrenic rumored to have left a string of corpses in his wake, in the vicinity of a brutal murder. Sejer himself becomes a crucial witness to another crime—a daylight bank robbery that turns into a hostage situation. Blaming himself for not acting on his suspicions of the man who held up the bank, Sejer races to prevent further bloodshed. The gripping plot takes another sharp turn when the possible killer—Johrma—is identified as the robber's captive. Fossum succeeds in evoking sympathy for all her characters while maintaining the conventions of the fair-play whodunit. Her detective's shy, slow courtship of the psychiatrist responsible for Johrma's care is patiently and convincingly integrated into the plot. Fossum's harrowing journey inside Johrma's warped mind elevates this above the pack and bodes well for future efforts.