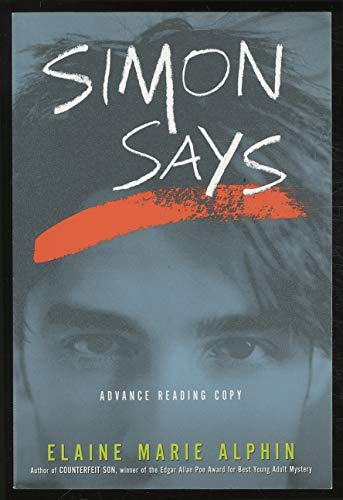 High school junior Charles Weston, whose paintings convey "truth" so powerfully that all who see them promptly fear and/or dislike him, has just arrived at Whitman, a boarding school for artists. The school's amenities notwithstanding, Charles has enrolled simply in order to meet Graeme Brandt, a senior, and author of a YA novel that Charles finds brilliant in its send-up of people's shallowness ("Life is just one big game of Simon Says.... Nobody even wants to admit they're playing"). Charles, who now refuses to let others see his paintings, is hoping that Graeme can show him "how to get beyond the game... show me how to keep from locking myself away inside a studio forever." While the boys connect immediately, Charles realizes that Graeme is also "playing," just like Graeme's protagonist ("He knew what Simon wanted before Simon even said anything"). When Charles pushes Graeme to find his true self ("You're nothing but a lifeless mirror that reflects everyone's expectations!"), Graeme commits suicide and camouflages it as a heart attack, leaving a note explaining his actions to Charles. Alphin () adds texture by inserting Graeme's journals between Charles's narration, and she brings unusual candor to her portrayal of gay characters. But while the author taps into adolescent visions of the artist's life and the difficulties of being an individual, her constant reiteration of these themes grows tiresome. Metaphors run a little thick, and the quagmires seemed overcooked. Ages 14-up.