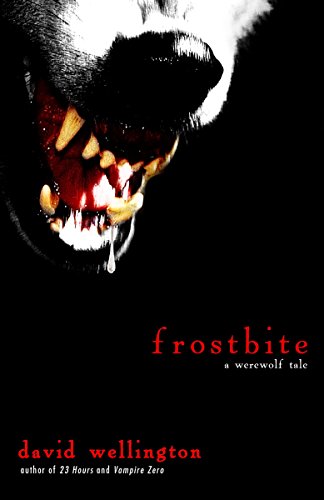 Nipped by a wolf during an Arctic camping expedition, Cheyenne Clark suddenly finds herself feeling ferally frisky when the moon is up in Wellington's far from routine werewolf tale. It turns out that Monty Powell, the loner who gives Chey refuge, is no ordinary guy, but the werewolf who turned her. But then Chey is no ordinary camper: she was sent to draw Monty out by a band of professional hunters who want the oil beneath the vast acreage Monty prowls—and to avenge the death of her father, whom Monty coincidentally slaughtered two decades before. Wellington ( ) gets surprising mileage out of this tortuously improbable plot, hinging it on Chey's difficulty choosing between the gun-toting human mercenaries who are using her as bait and Monty, a victim of supernatural circumstances who understands her plight better than anyone else.