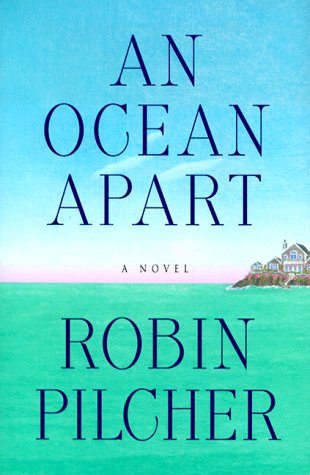 A Scottish widower finds solace from grief with a troubled American family in this ponderous family saga that marks the debut of bestselling British writer Rosamunde Pilcher's son. The Honorable David Corstorphine, still grieving over the recent death of his beloved wife, reluctantly accepts the directive of his family's whiskey company and departs from his tiny Scottish village for the U.S., where sales have reportedly been flagging. Emotionally exhausted, he blows a key meeting with the distributors shortly after his arrival and decides to extend his stay in the States. Craving to escape the ""claustrophobic environment where... everyone looks at you with sad eyes, and talks about you in low whispers,"" David buries his identity and becomes a handyman/gardener with the Newman family of Leesport, Long Island. Telling them nothing about his own past, he begins to make a great difference in the dynamics of their home, helping awkward 11-year-old son Benji fit in socially and Benji's mother, Jennifer, an advertising executive, deal with both her career and the effects of her husband's extramarital affair. Meanwhile, back in Scotland, the man responsible for David's impromptu trip is planning a takeover of the family distillery. Readers familiar with Pilcher mere's work will recognize the family's trademark emphasis on matters domestic, richly detailed House & Garden descriptions and themes of loss and regeneration. The similarities end there, however. As a hero, David's propensity to cry in his beer strikes the reader as annoyingly sentimental. Add to that the fact of his leaving his three school-age children in the combined care of their boarding school and his elderly parents, and David's capacity to arouse empathy is seriously compromised. The languorous pacing and predictable ending don't help move this weighty volume along. Major ad/promo; audio rights to Dove; rights sold in England, Germany, France, Spain, Holland, Norway, Sweden, Denmark and Brazil. (Feb.)
close
Details