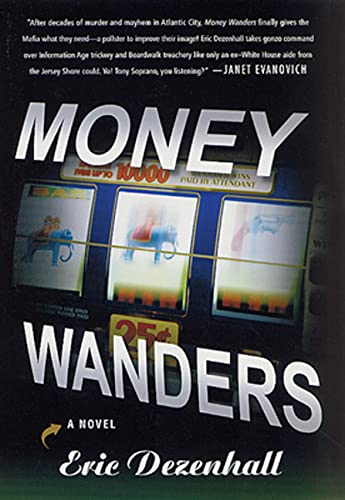 Beltway spin doctor Dezenhall () tries his hand at fiction with this comic caper about a Jewish pollster put to work for an aging South Jersey/Philly Mafia don. Middle-aged Jonah Eastman, a D.C. spin doctor for hire whose business is in the doldrums, is summoned back to his Jersey home by his ailing grandfather Mickey, an old-school Jewish capo for the local Cosa Nostra kingpin, Mario Vanni. Mickey's cryptic deathbed missive to his nervous grandson directs Jonah to take on the don as a client (Vanni needs a fast image makeover in order to qualify for an Atlantic City casino license—"To be a gangster anymore is an acid trip. There's nothin' left in the life but the fantasies about the life") and gives Jonah a veiled hint about some buried Jewish treasure long hidden from the Italians. Rallying support from a PR colleague, Mickey's Jewish gangsters (one memorably named "Irv the Curve") and a teenage hacker (nicknamed "Dorkus"), Jonah launches a massive disinformation campaign intended to paint Vanni as a pillar of the community. Along the way, Jonah manages to fall in love with a klezmer musician at Mickey's funeral, tick off Vanni's psychopathic consigliere (incongruously named "Noel") and become probably the only pollster to set up shop inside a giant roadside elephant. Mixing light comedy with a nostalgic look at the Jersey shore and the days when the and the were kinsmen, if uneasy ones, Dezenhall's debut is a breezy alternative to and shows that with the right press, even savages can be saints.