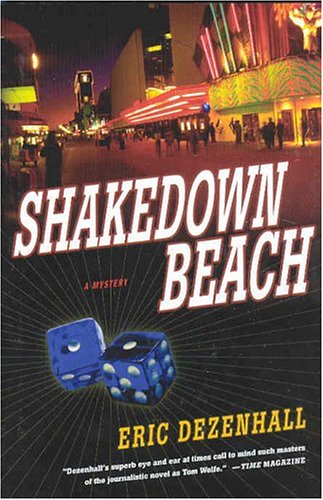 Crisis management guru Dezenhall packs his second political mystery (after 2003's ) with lots of action and plenty of colorful characters, like pollster Jonah Eastman, whose family connections to gangsters make it hard for him to get respectable work. Jonah is working for the Republican governor of New Jersey, Gardner Rothman, aka Rebound because of his stint with the Philadelphia 76ers. Rebound, who likes to hold meetings while he's sitting on the toilet, is running for a U.S. Senate seat and has a large lead in the polls. Yet he's begun acting as though he expects a bombshell to explode at any moment, and it's up to Jonah and Chief Willie Thundercloud, a onetime pro wrestler who now does damage control for several shady enterprises, to find out why. Dezenhall can write hilarious and brilliant descriptions, and can restate the obvious in fresh ways. "That Tappo's activities were illegal was of no matter because we were now living in the Arthur Andersen age of disclosure, where 'trust' and 'empowerment' in criminal endeavors were key to making the mob an instrument of social equity," Jonah says of a mobster known as Tappo the Clown. Sharp writing like that and some lively, unexpected plotting go a long way to making up for an excess of cute nicknames.