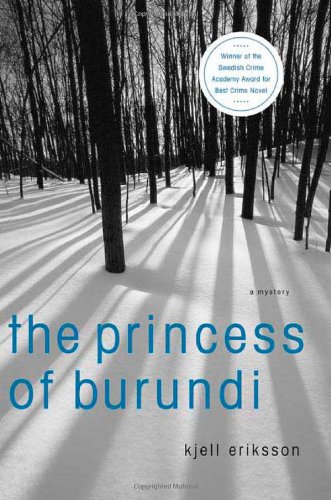 The Princess of Burundi

When the badly mutilated body of John Harald Jonsson—a working-class family man and an expert on the tropical fish known as cichlids—is found in the snow in the provincial Swedish town of Libro, homicide detective Ola Haver and his colleague, Ann Lindell, quickly identify a suspect, an embittered sociopath. The brilliance of Eriksson's richly detailed crime novel, his second (after ) but his first to be translated into English, lies in its psychological and even sociological insights. Eriksson not only reveals a deep, sympathetic understanding for his large cast of characters but also evokes a pervasive sense of despair, reminiscent of Henning Mankell's, in the face of the violent, amoral nature of contemporary society and the challenges it places on the police. The title derives from the common name of one of Jonsson's beloved cichlids, and the aquarium is a neat metaphor for the dynamics of smalltown life. This suspenseful, intelligent and perceptive book is terrific.