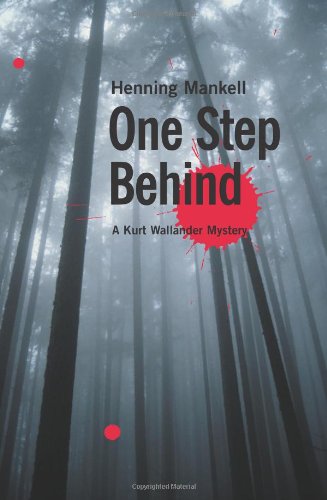 ONE STEP BEHIND: A Kurt Wallander Mystery

In his fifth U.S. appearance in this taut, intricately plotted series (, etc.), Swedish detective Kurt Wallander pursues a long, complex case sure to please those who like weighty police procedurals. Six weeks after three college students are murdered during a Midsummer's Eve party, their bodies hidden to prevent discovery, Wallander's secretive colleague Svedberg is found at home with half his head blown off. Wallander's persistent, occasionally brilliant, investigation points to a connection between Svedberg and the disappearance of the three young people. Soon after their bodies surface, a fourth friend, who was too sick to attend the party, is killed. More murders follow, with the exhausted, understaffed detectives just too late each time to prevent the next crime. Eventually the reader meets the killer, whose bizarre motive and methods the author gradually reveals. The dyspeptic Wallander, whose frazzled personal life is further impaired by the diabetes he ignores, works himself to exhaustion, sidestepping official procedure and making intuitive leaps to find the cold-blooded killer. The glum tone of the book, despite the setting during a warm and luxuriant late summer, reflects a crumbling Swedish society: government corruption is widespread; honest cops are disillusioned by abuses in high officialdom; rifts among social classes and between Swedes and recent immigrants abound. Mankell's writing is deadpan and stark, the plotting meticulous and exacting.