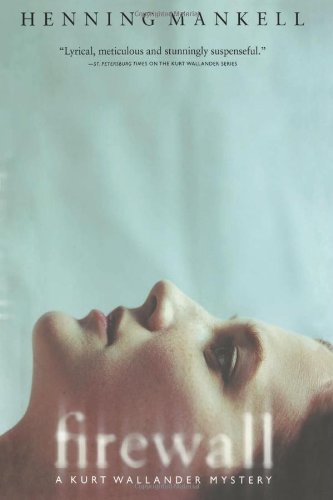 In the sixth Kurt Wallander book to appear in English (, etc.), Mankell proves once again that spending time with a glum police inspector in chilly Sweden can be quite thrilling. In the small town of Ystad, a pair of seemingly random events take place within a matter of days: two teenage girls with no apparent motive brutally beat and stab a taxi driver to death, and a remarkably healthy man checks his bank balance at an ATM and then collapses dead on the sidewalk. After two more odd murders, Wallander becomes convinced that the incidents are all connected. The recurring clues demonstrating the vulnerability of society in the electronic age remain just outside of the Luddite inspector's understanding. But once he detects a conspiracy to collapse the world's financial infrastructure on a specific date, Wallander, whose position at work is already imperiled, ignores office politics and protocol to stop the would-be revolutionary. Although Wallander and his investigative team are forced to work at a dizzying speed, the pace of the book is just right, doling out new leads and intrigues right when they're needed. The only shortcoming in this otherwise smartly written mystery is that too many of the most perplexing clues discovered by Wallander are dismissed as red herrings or coincidence. Overall, however, Mankell's ambitious endeavor to combine large themes with small-town murder is a notable success.