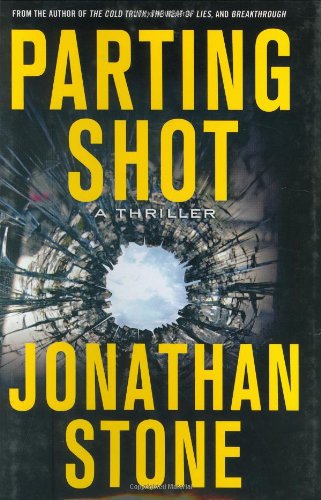 Stone takes a breather from his Julian Palmer series ( , etc.) to pursue what had to be an irresistible high concept for a stand-alone thriller. TV reporter Sam Stevens is working the biggest story of his life—a sniper has killed nine randomly chosen citizens of "Webster County," which could be anywhere U.S.A. Sam's demanding on-air job is made even more difficult by having to constantly deal with the sluttish wife he despises, Denise. Then Sam gets an idea, which savvy readers will see coming early on; what they won't see is the first jaw-dropping twist that turns Sam's carefully plotted path to freedom into an unexpected road to perdition. Readers who are veterans of the serial killer genre will think they're witnessing more of the same tired conventions, only to be confounded and amazed when they're tricked time and again by this master plotter. There's too much interior dialogue, but never mind; turn the page and a new rabbit will come leaping out of Stone's imaginative hat.